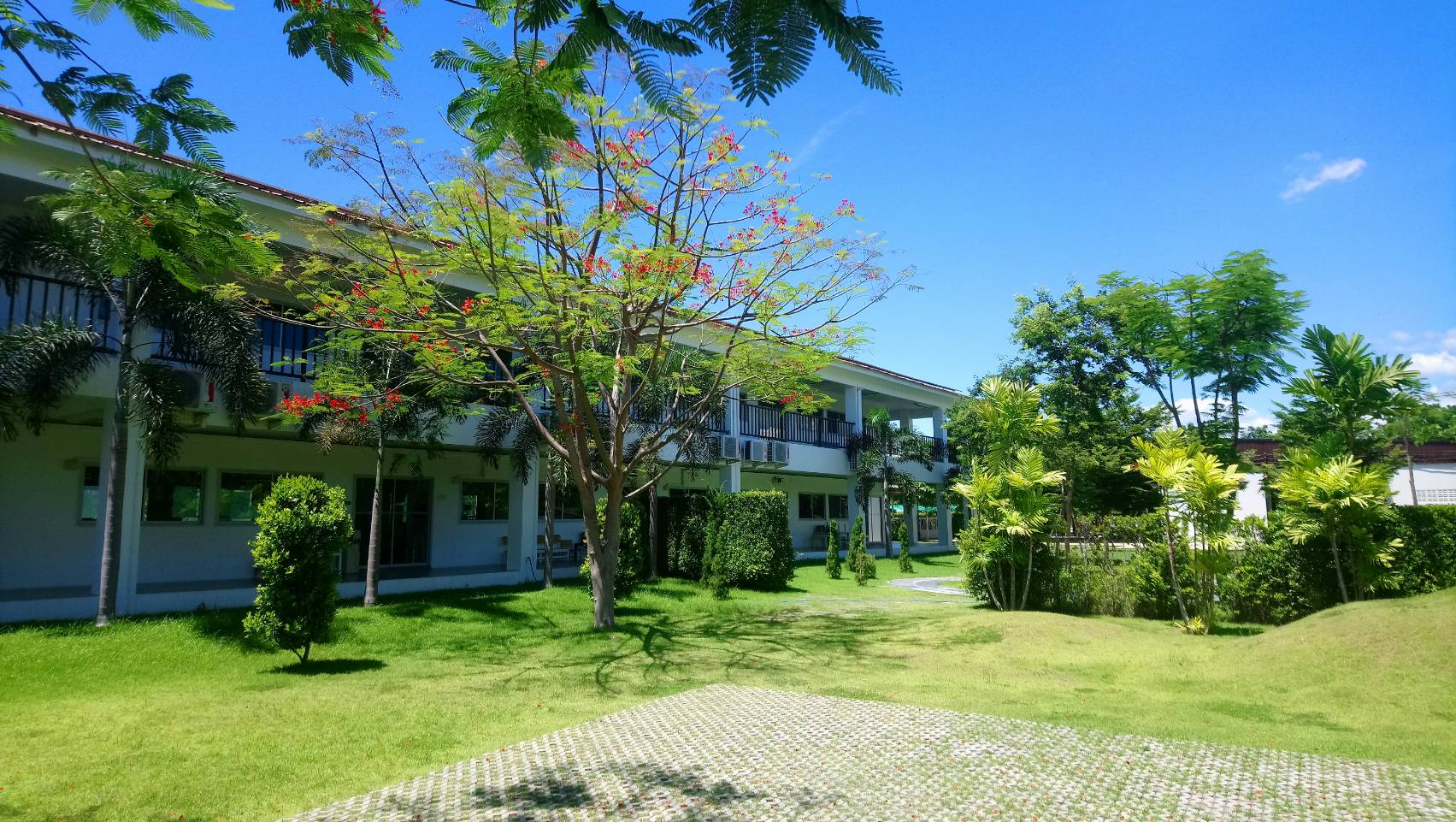 The French International School of Pattaya (efip), formerly the French-speaking Pattaya School, opened in September 2009 and benefited a few children in a village house. Quickly, many parents showed a keen interest in the process, the children were more and more numerous and new premises were opened in Jomtien. It has continued to develop to become today an establishment approved by the French Ministry of National Education and a partner of the aefe.

The new school, which opened at the start of the September 2018 school year, now accommodates around 130 students and is experiencing a steady increase in its numbers. Built on 15,000 m² of land, it will eventually accommodate up to 400 students from the small section of kindergarten to the final year.

On the strength of its strengths, efip offers the possibility of learning several modern languages ​​(English, Chinese, Spanish and Thai) in addition to French, which is the main language of study. This learning is validated within the official framework of the French exams (DNB and baccalaureate) and also by internationally recognized official certifications (in accordance with the European framework for modern languages).

Through French-style education, in an international context, we want to offer efip students a methodological, conceptual, intellectual framework, a general culture and a sense of autonomy and initiative that allow them to s ” adapt to an increasingly complex and constantly changing world.

It is in this sense that all efip staff is mobilized on a daily basis.

A school network unique in the world

Aefe, a public establishment under the supervision of the Ministry of Foreign Affairs, created by the law of July 6, 1990, coordinates and manages the French education network abroad with the dual mission of ensuring the continuity of the public service of education for French children outside our borders and to contribute to the dissemination of the French language and culture abroad. This unique school network in the world has 492 establishments which welcome nearly 350,000 pupils from kindergarten to 12th grade in 137 countries. The quality and consistency of the education provided in these establishments as well as the values attached to them constitute the specificities of this network, which is unique in the world in its scope.

The education provided in French schools, colleges and high schools abroad is innovative, open to the culture and language of the host countries, and ensures enhanced learning in modern languages from kindergarten. It prepares students for their future as citizens and actors in open, multilingual and multicultural societies. The establishments of the network thus aim to reconcile French education and education of international standard, the promotion of French and the development of plurilingualism, a pedagogy attached to the success of all and a requirement of excellence. The academic results attest to this excellence with a success rate in the baccalaureate of nearly 97%, of which 2/3 with honors.

An asset for France

This educational system, present in almost all the countries and capitals of the world, is recognized as a major player in the French presence abroad. By welcoming and training nearly 60% of foreign students, it remains a central player in promoting our culture, our language and our values. The French school network abroad also contributes to strengthening cooperative relations between French and foreign education systems. In addition, it actively participates in the promotion of French higher education and, more broadly, in the attractiveness of France. Finally, it is a major asset in the policy of supporting the mobility of French communities and the development of companies internationally.

From September 1, 2021, the efip opens a 100% English section for children aged 3 to 6 led by native teachers. Register now.